This New Year was off to a great start! I participated in TimVideos Hackathon and volunteered for the linux.conf.au Linux Conference, Auckland. It was so awesome, memorable and wonderful experience that I *have* to share it with you! 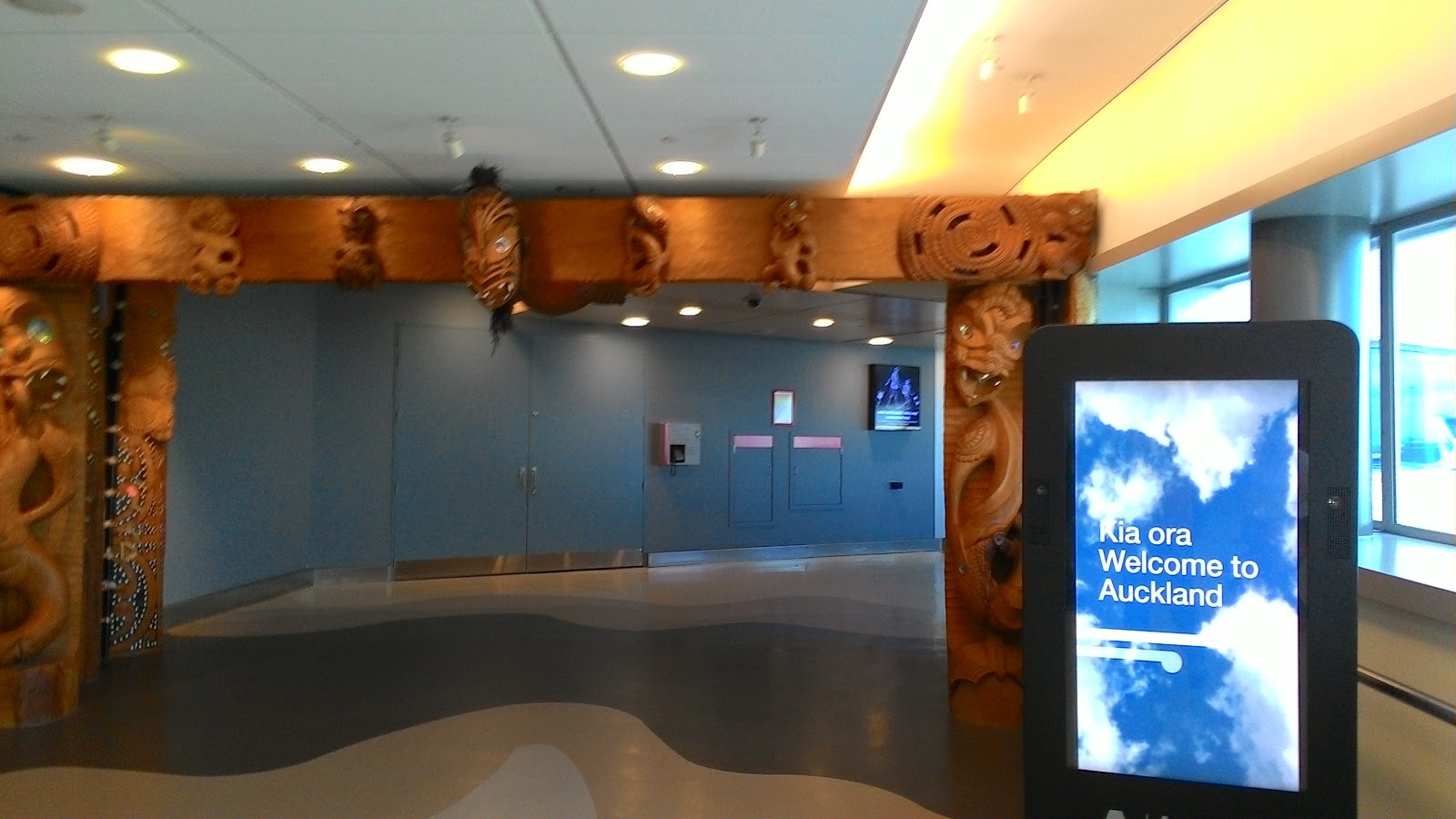 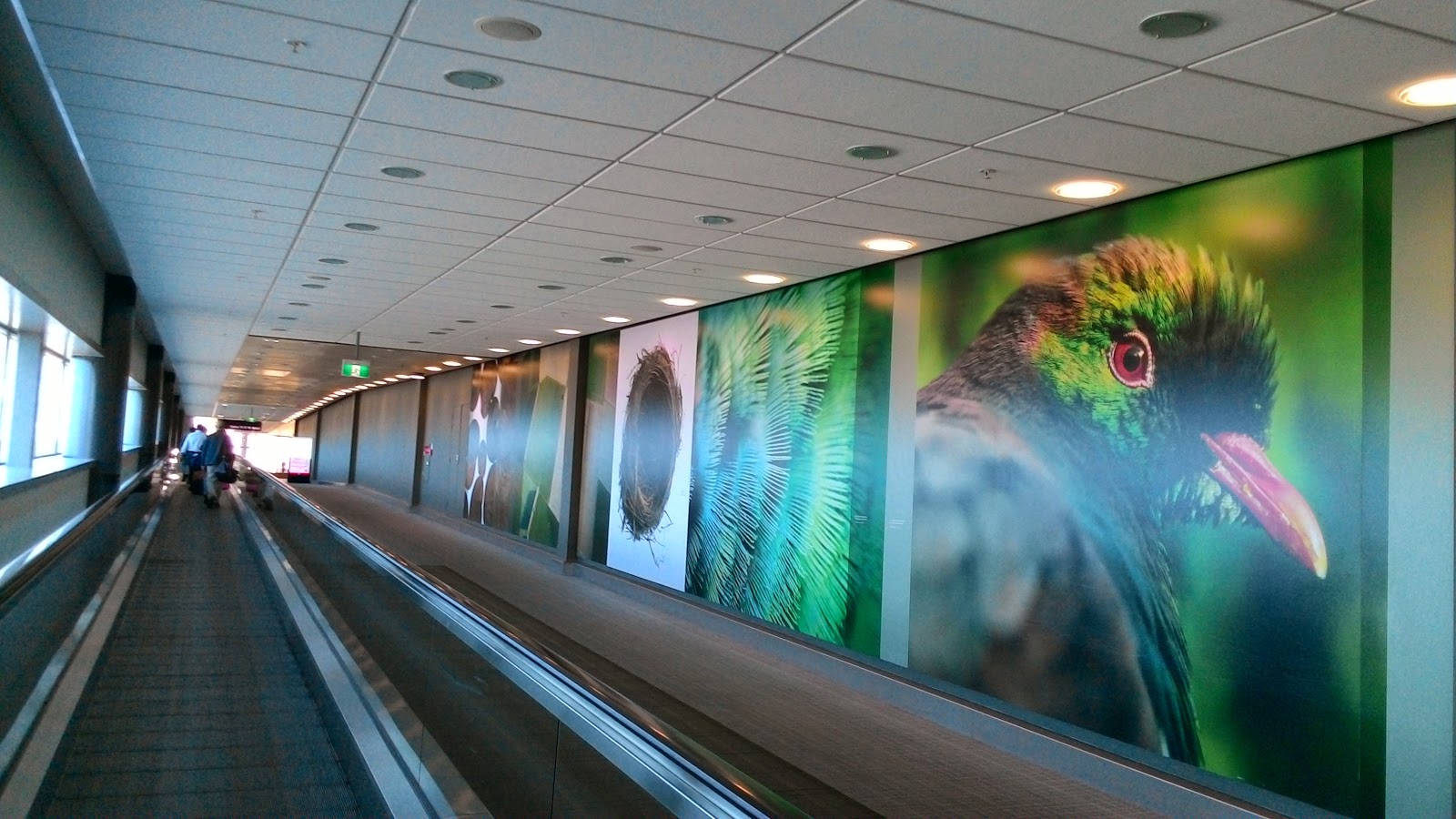 My flight itinerary was: Departure from Delhi on 1st January, 1AM local time, arrival at Hong Kong at 9AM local time, then after 6 hour layover, final flight to Auckland at evening. I reached Auckland on the morning of 2nd January, along with Carl and Ajit. Our apartment was in “Bianco Off Queen Apartments”. We used the whole day for rest. Next morning, 3rd January, we went to supermarket to get food and daily consumption products. After having our breakfast, we headed out for sightseeing of nearby areas. Our apartment, luckily, was almost at the ideal location. 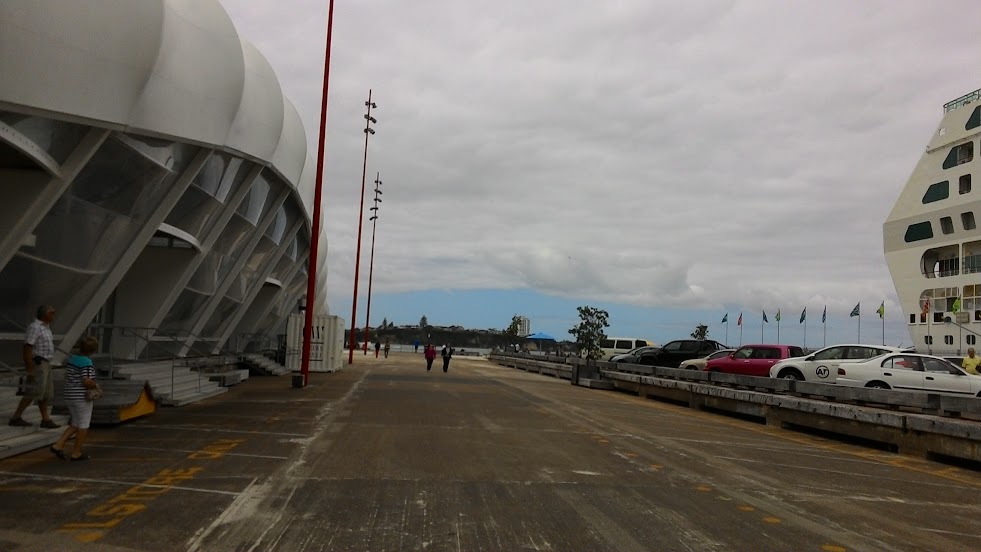 We walked along Queen Street to reach Auckland Queens Wharf. Wow! It was beautiful! :-o Even the weather was awesome and cloudy that day! We strolled along the harbour whole day till we got hungry. Then, we returned back to apartment. Another member from our Hackathon group, Aayush had also arrived by then. We all headed for a dinner, again along Queen Street. Found a shop to our liking where Carl and I ordered our food. Aayush and Ajit went to a different outlet for getting their food, which apparently hurt Carl! Meanwhile, I must say being a vegetarian is *really* *really* tough outside India. Here, I never have to worry about my food being veg/non-veg as by default its veg unless you explicitly order non-veg. And there are lots of options on vegetarian food. On the other hand, in Auckland (or probably anywhere outside India) getting quality vegetarian food is very hard. So, for the next two weeks, except few occasions, I had to mostly take food just for being alive :D. Although, I had some really great vegetarian food on some days, which I’ll be mentioning as we go. Will also mention about a great food incident!
So, coming back, after we all had dinner we spent the rest of day on our laptops. And then called a day. 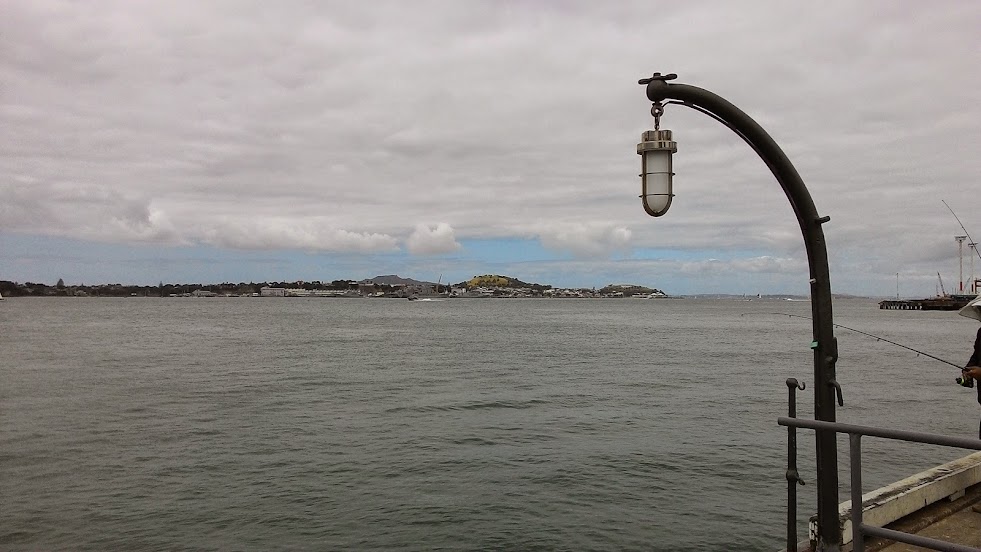 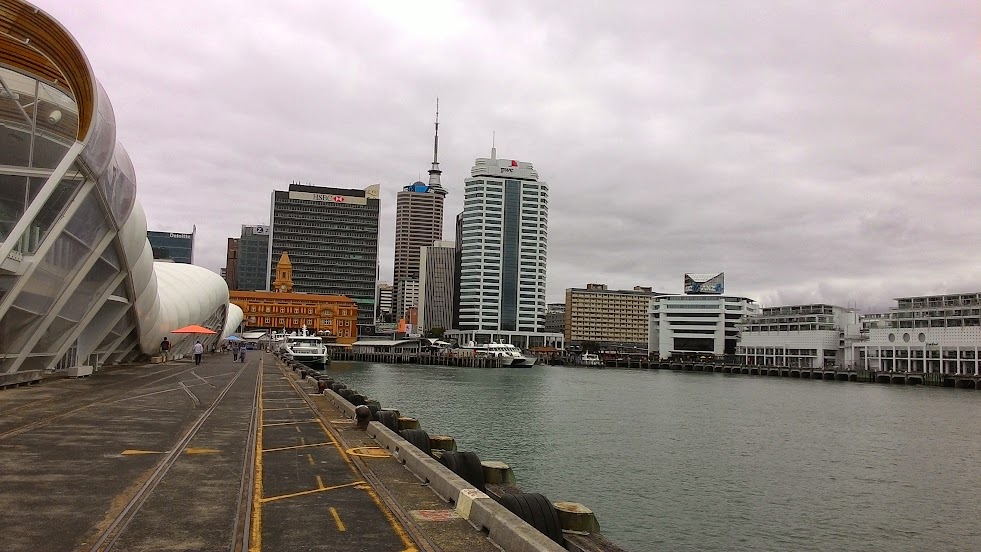 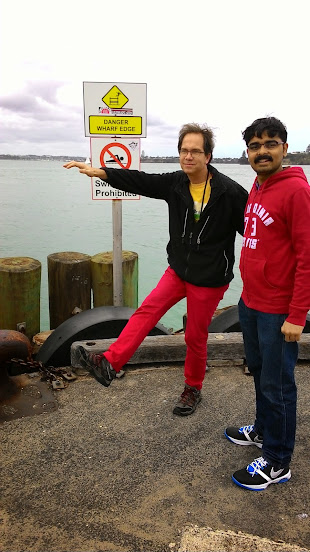 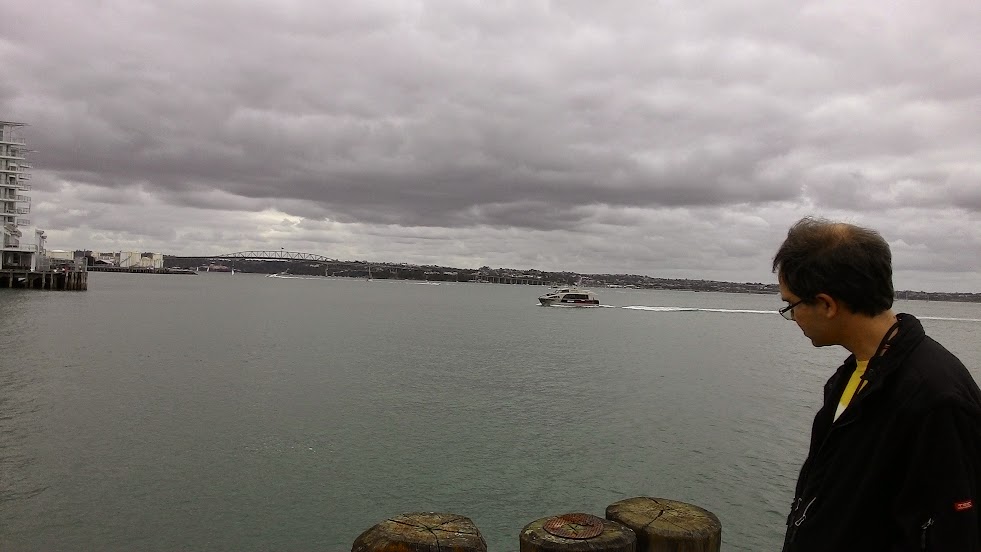 Just for laugh: Carl missed his New Year while travelling. Technically, there was no 1st of January for him even for a second during the whole flight duration, due to timezones! Think how it may be possible! :D He was quite hurt by that! :) 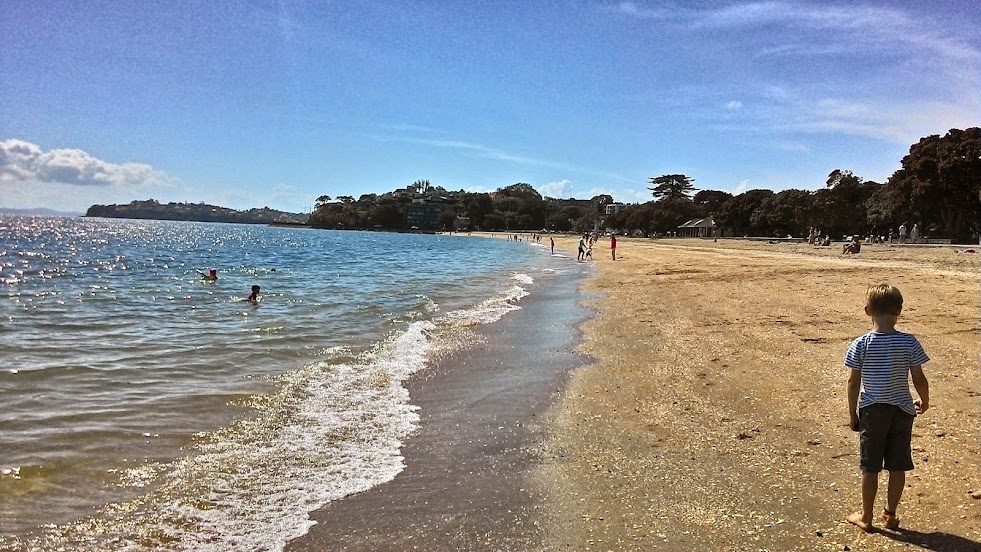 Next day, on 4th January I and Ajit woke up early for a more rigorous sightseeing. We went to Auckland Sky Tower which was the starting point for Auckland Hop On Hop Off Explorer Bus tour. We reached there, sprinting, just in time for the 9AM bus. Tickets were $45 NDZ whole day pass. Curiously, the bus had malfunctioning AC that day, but the commentary & views from bus were nice! Our first stop was Savage memorial and Mission Bay lookout. We went to the beach and strolled there for a while. Next stop was Kelly Tarlton’s museum, which was really worth the price! Penguins (ultra-cute!), stingrays, sharks everything! It was really awesome! 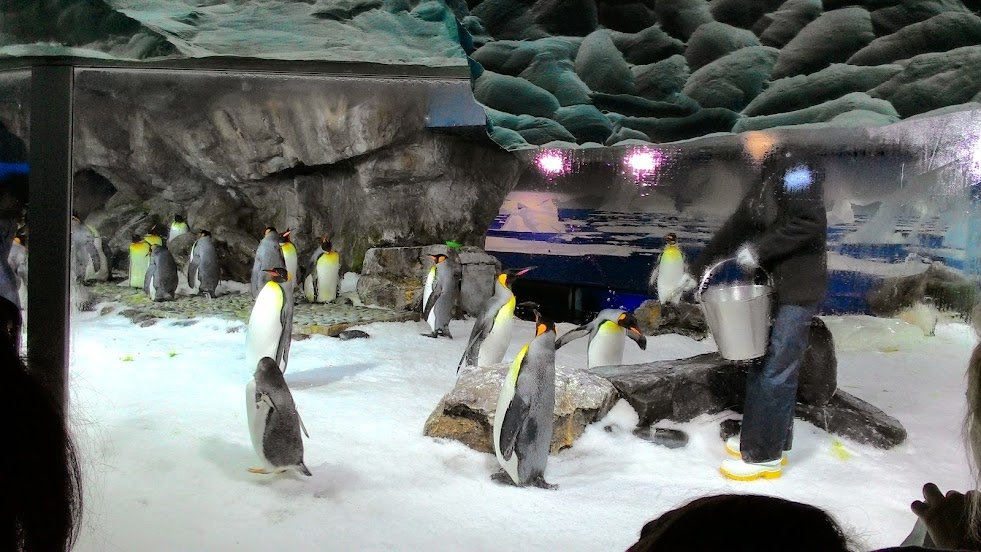 Next we went to Parnell Rose gardens, passing through an area where New Zealand is thinnest in width! Roamed and clicked pictures in Rose Gardens then waited for our bus. Summer heat was now starting to take a toll. Next stop was Holy Trinity Cathedral, after which we went to Auckland War Museum to change to Blue Circle bus. We were currently on Red Circle (click for info) bus. The blue circle bus would take us to Mount Eden, the highest point on Auckland. The view was awesome there! Only if weather wouldn’t have been hot! After that we were back at Auckland War Memorial Museum. We got off the bus and went to Winter Gardens nearby. Damn! We should have gone to this place earlier! Beautiful place it was! All colors & hues of flowers! wow! Then we raced back to Auckland War Memorial Museum the last departing bus. Bus dropped us at stop “Civic Theatre Corner”. From there, we walked up Queen street and returned to apartment, fully exhausted by summer heat, hungry and dehydrated. I had picked a take-away Indian food for myself from an outlet on Queen Street. Back in apartment, I had my food, not particularly tasty which Indian food are widely acclaimed of, but hey, in hunger one only thinks of eating and not about its taste. After having food I collapsed to bed. 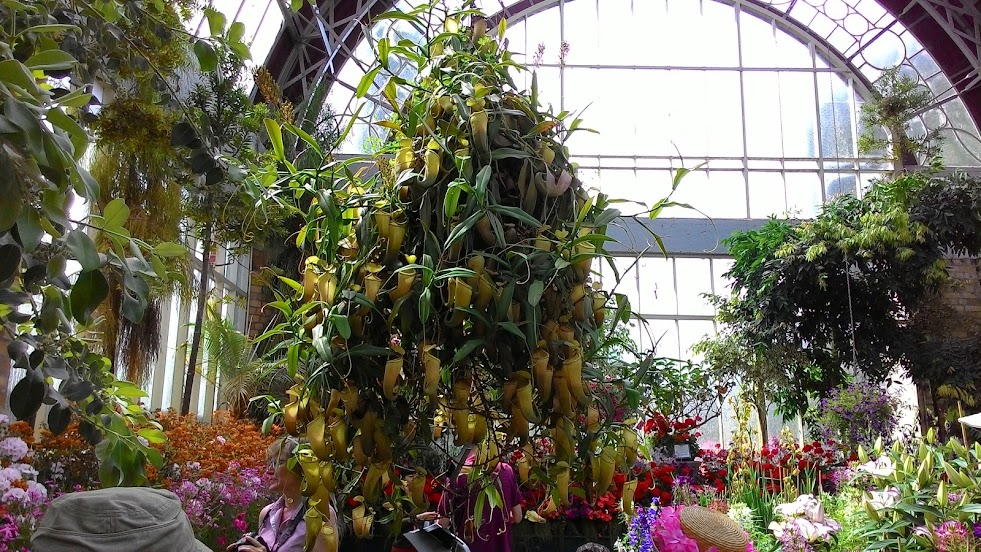 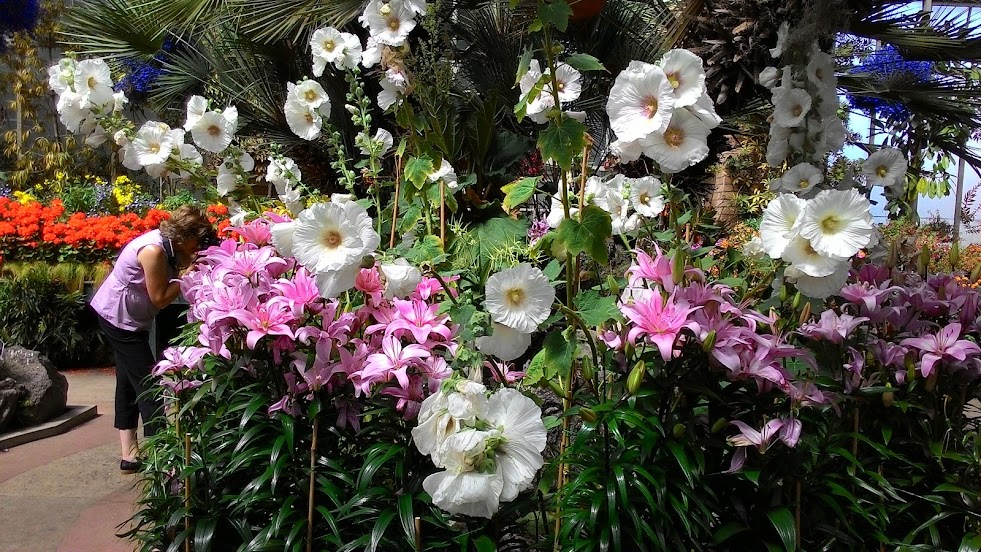 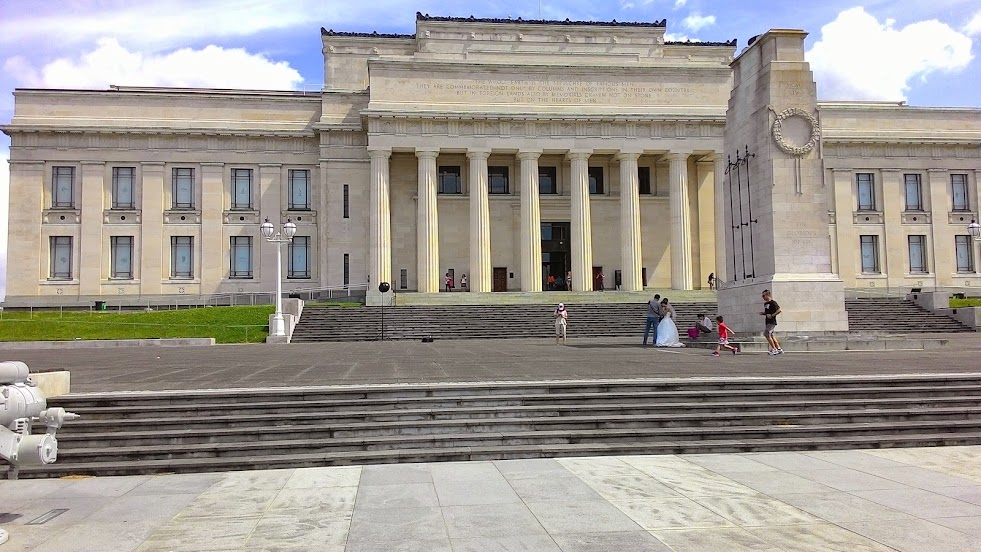 Some minutes Ajit woke me up informing that Tim, my GSoC mentor, my trip organizer and in every sense, my mentor, had arrived! I went and greeted him. Ryan and David had also came along with him. They all 3 were to be in the same apartment in which Aayush was.
We quickly got ready for the planned group dinner. I realized, oops I just had a load of food when I was hungry. Thus will not end well! Anyways, I went to dinner. Tim had organized the dinner. And, the restaurant we went to also looked quite expensive. I was full, but nevertheless had orange juice there. Veg options were not good, and also pricey. I ended up not eating a part of my part. Felt great humiliation at wasting food & money. But, I couldn’t help. I was *so* full. For the whole time walking back to apartment, I felt as if I would throw up on the way itself. On way back to apartment, we spotted a supermarket. Everyone went in to buy something. I was feeling uneasy so I got the keys for apartment from Carl and walked back alone to apartment. And slept. God, sleeping made me feel so much better! 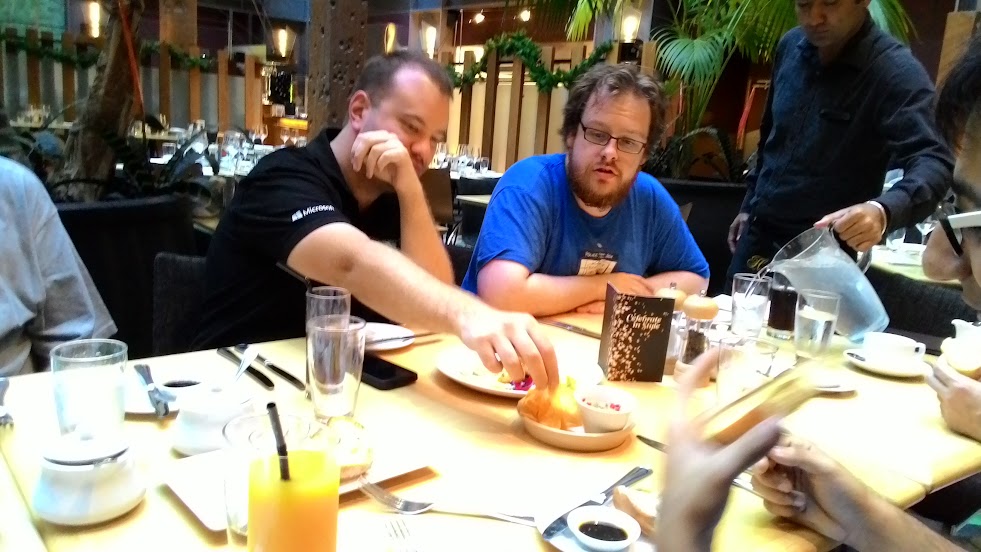 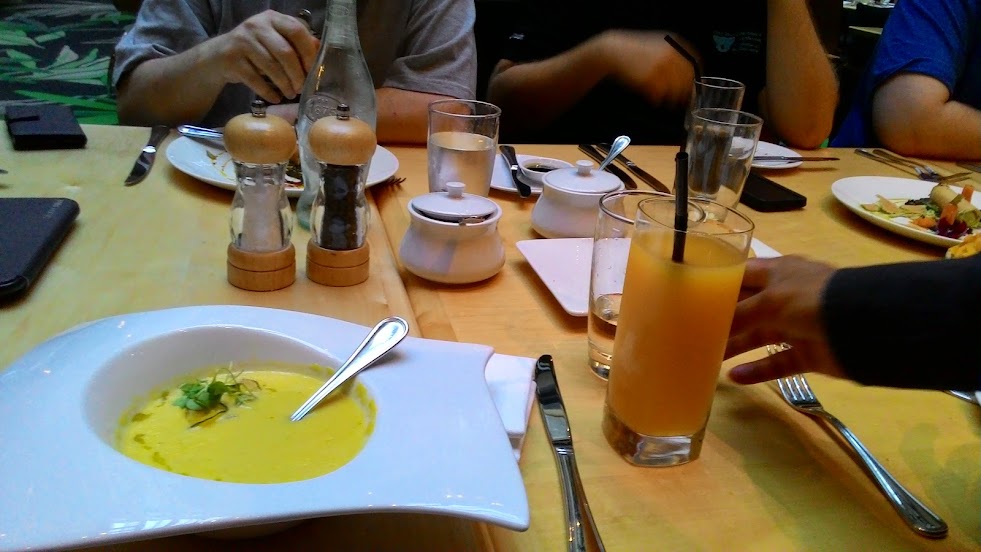 Next morning, 5th January, we will start our Sprint! Everyone got up in time. But, there were many equipments to be shifted to our working place. We would be working at the office of Catalyst, who were kind enough give us access to their office space & facilities, internet, drinks etc for the sprints. We shifted our equipments using a Taxi. Myself, Tim and Ajit came along in Taxi whereas others arrived on-foot. Later we came to know that, they had gone to an altogether different Catalyst office by mistake :D Apparently there are 2 Catalyst in Auckland :D 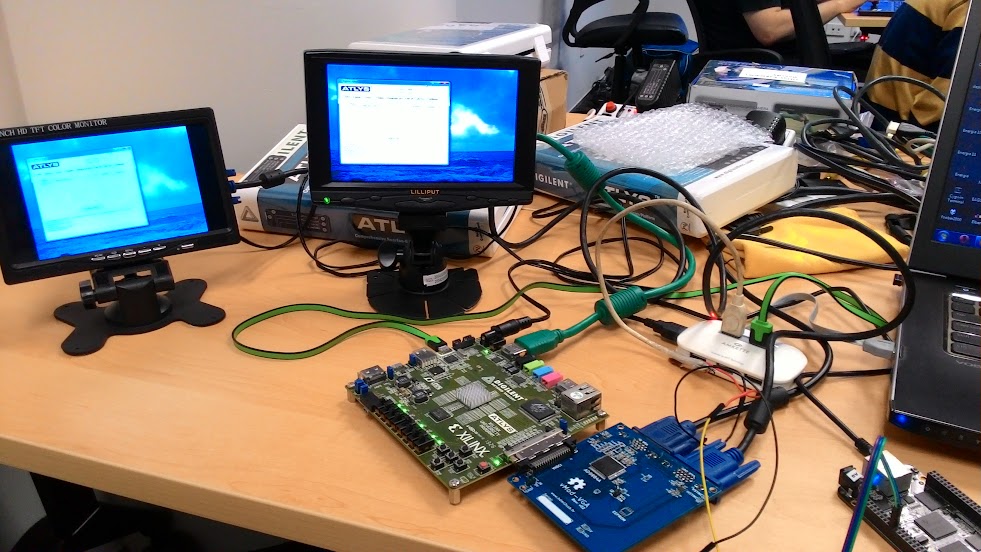 Day 1 was spent in unpacking and setting up our workbench. After that I had to test each of the 10 vMod-VGA Expansion boards I had brought from India, to check if they were working fine and then give them a unique serial labels. Unfortunately 2 of them turned out to erratic, and I brought them back to India to test them. After this, I got the work assigned to complete the porting of HDMI2USB Cypress firmware from Cypress toolchain to open source SDCC + fx2lib toolchain. 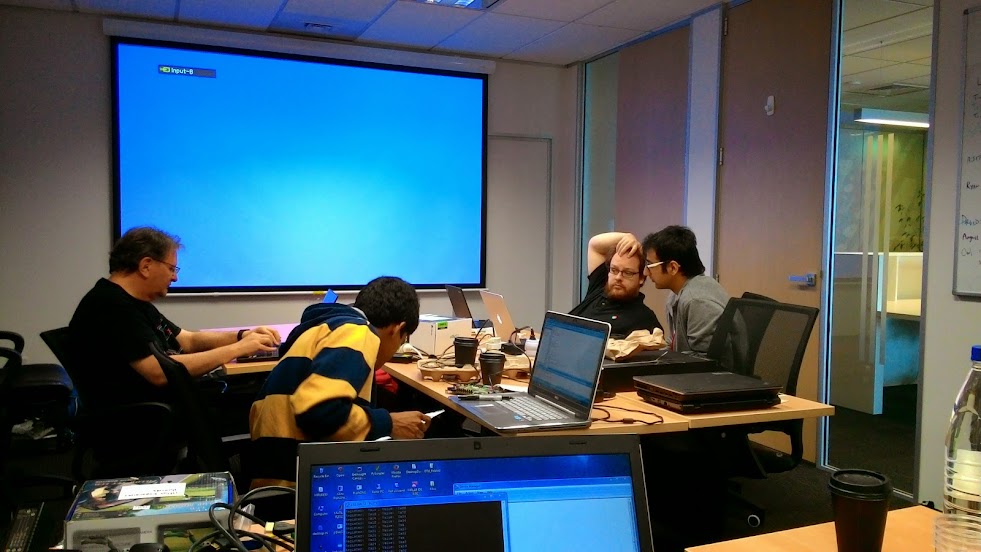 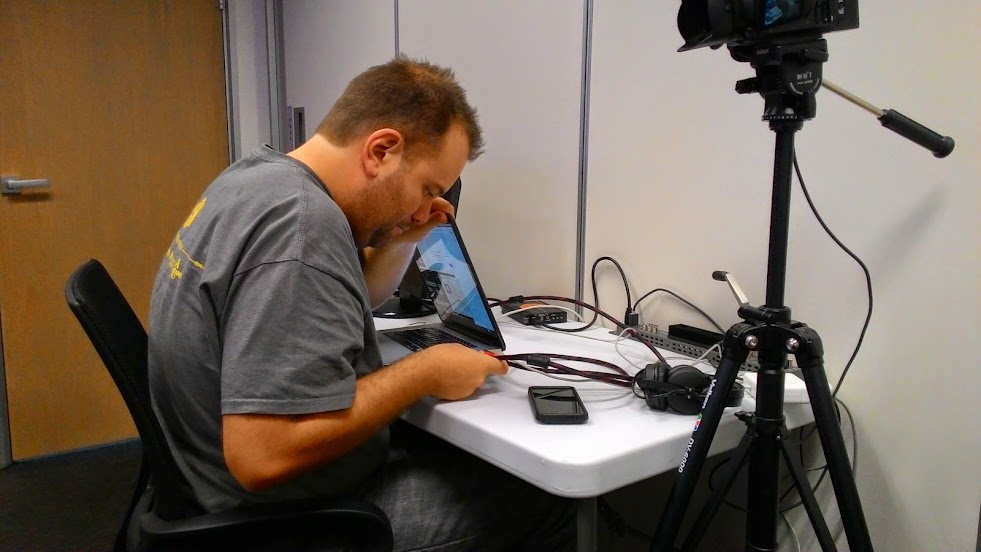 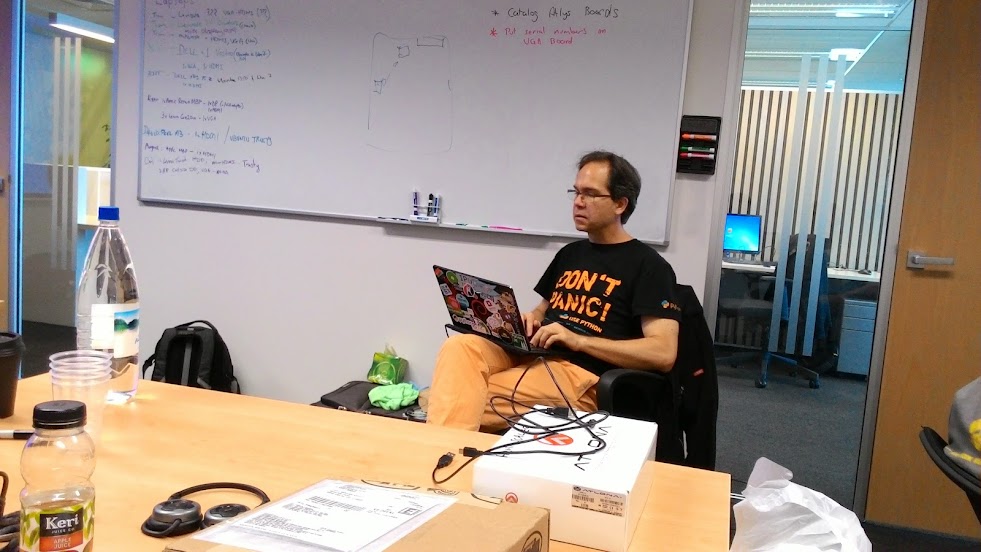 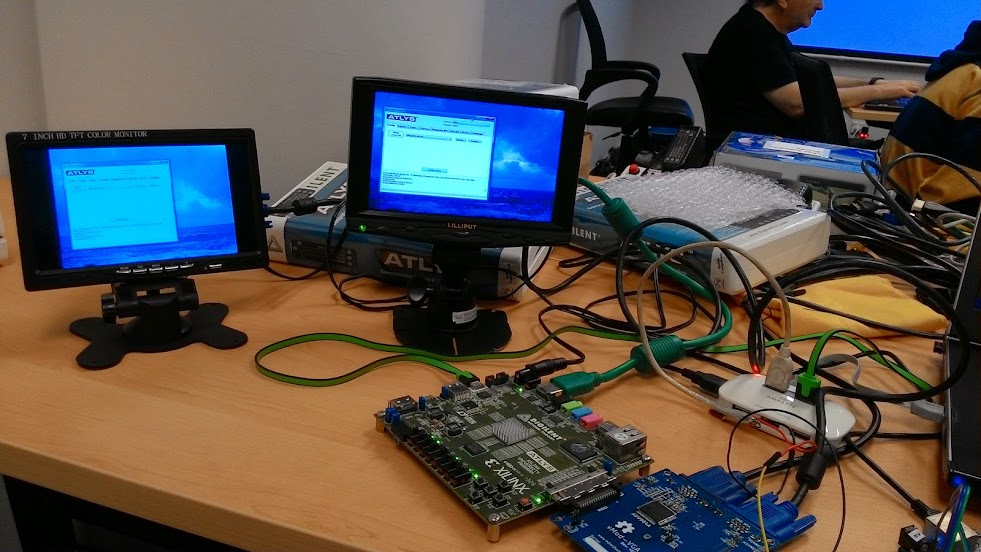 Day 2: Ajit was working on UART subsystem for HDMI2USB and Cypress, which would be useful in debugging. Meanwhile, I started looking at the code and structure of HDMI2USB Cypress firmware to understand it. I had to read FX2 Technical Reference Manual (TRM) to learn how it works. On actual coding front, I ported the Interface descriptor functions. Today, we also went to a local Hackerspace Tangleball and met with people there. We demoed them HDMI2USB, interacted with some interested people there and explained its working. At the end, we went to a group dinner at an Indian restaurant, which everyone seemed to like! A gentleman from Tangeball (can’t remeber his name) also joined us at dinner.

Day 3: By now, I had learnt quite much on how the cypress code worked. Also, TRM was very helpful in clearing all doubts. One thing I forgot to mention, my mentor Tim, he has *exceptional* practical knowledge and experience in almost every field! :-o Most often, I would seek his help in some doubts, and he would happily bootstrap/kickstart stuck problem! By the end of the day, the cypress firmware finally worked! Woohoooo!! B) (y) 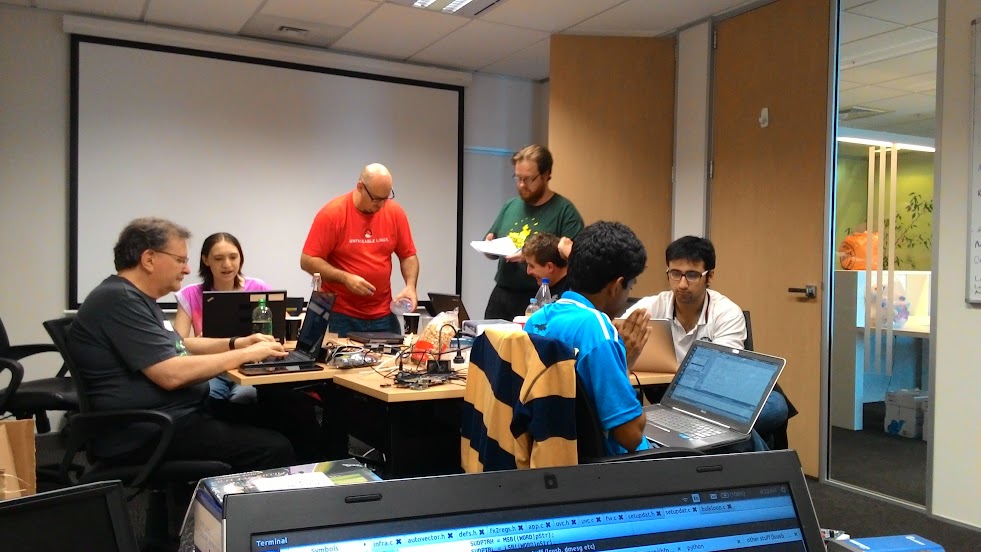 Day 4: Joel (shenki), Michael & Leon joined us today from Adelaide for sprints! With the porting of cypress firmware to sdcc + fx2 complete, I was assigned another target [issue], to figure out mechanism for changing VID:PID of HDMI2USB as per requirement [wiki]. I had to create the necessary EEPROM file and figure commands for updating the VID:PID. I also had to figure out necessary udev rules to make the configuration and auto-upgrade of HDMI2USB firmware easier for general users. I completed the task except the udev part which is still to be done! But, first I’ll have to learn about udev rules. At the end of the day, we had another TimVideos Sprints Group Dinner planned to welcome our latest sprints participants. We went to Coco’s Cantina & Bar for dinner. They had an amazing ambience and were strictly organic! Even coke was not factory made Coca Cola, instead directly made from coca & kola plants! Wow!! Had an amazing food there, thanks to David, another pure Veggie, who help me choose food from menu! :D

Day 5 & 6: We were now furiously trying to debug problems in the EDID subsystem of HDMI2USB which seemed to be working erratically. We tried using frugal made logic analyser from Cypress Fx2 to see what was going on with EDID. We tried disabling EDID subsystems, that too didn’t work out. We profiled all laptops we had and made a spreadsheet to see which ones were having problems with EDID. Unfortunately, this issue is still not debugged. On night of 10th January (6th Day), we had long interactions among ourselves, with a liberal spread of “fosh ‘n’ chops”, although I had veg versions of spring rolls. We watched SpaceX rocket launch live on projector, late at night inside Catalyst office, had awesome discussions related to that and shared stories with each other. This was great bonding time for me! 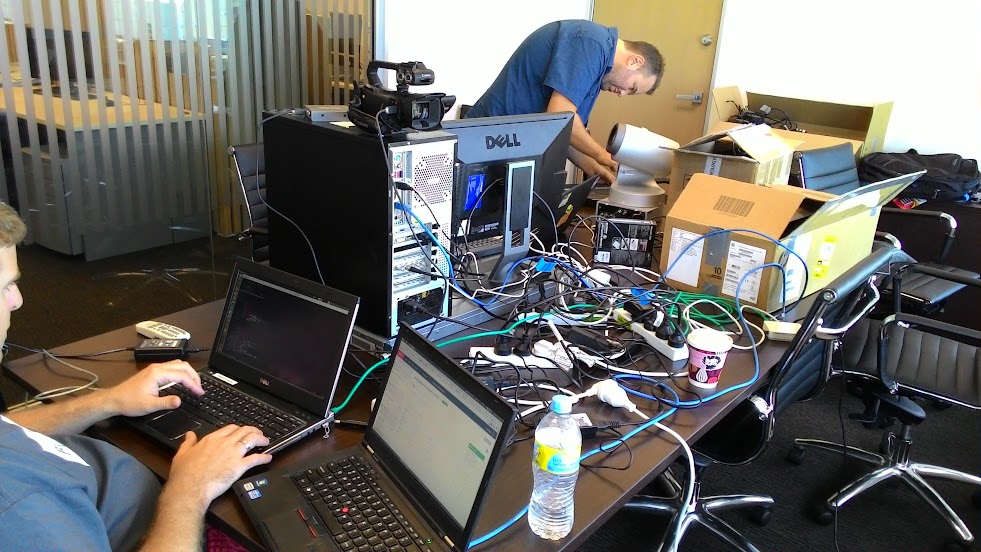 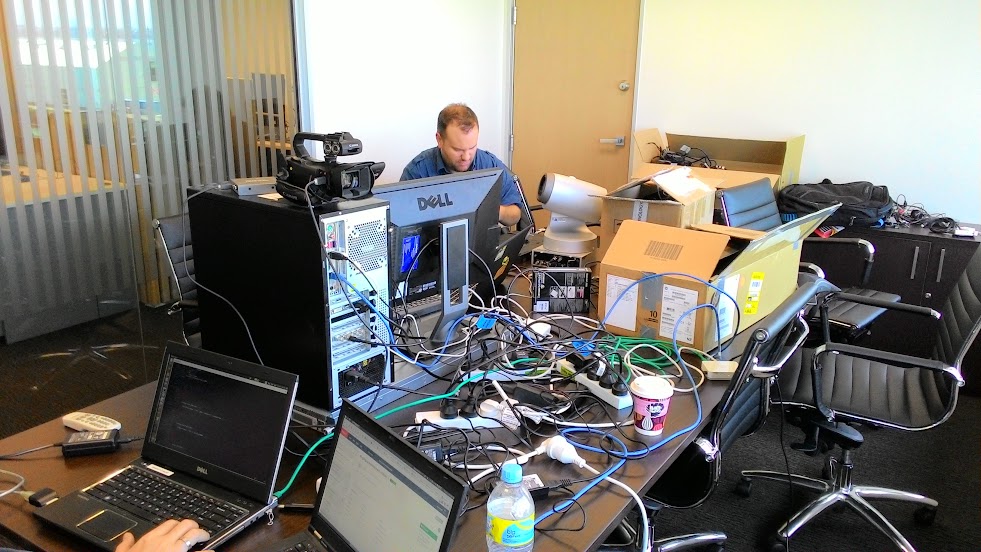 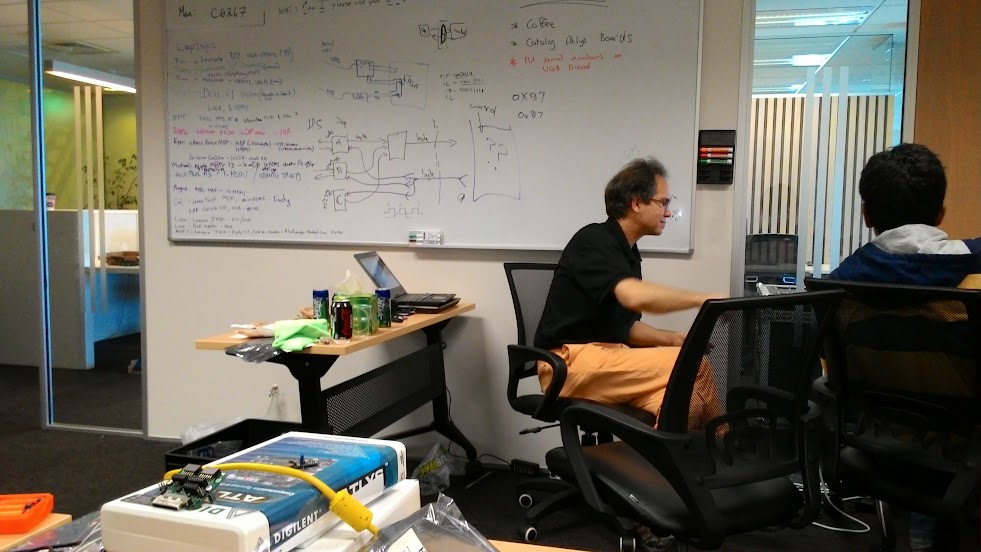 Day 7: We had to attend a meeting and orientation for AV guys today. Also the Sprints was to end today. We packed all our equipment, said farewell to our host Catalyst and shifted all our equipment to University of Auckland using a vehicle kindly provided by Catalyst guys. Now, it was time to go into Conference mode! 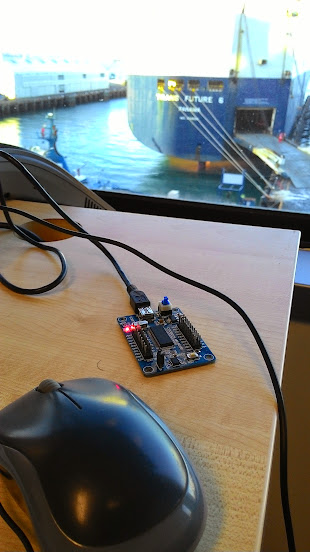 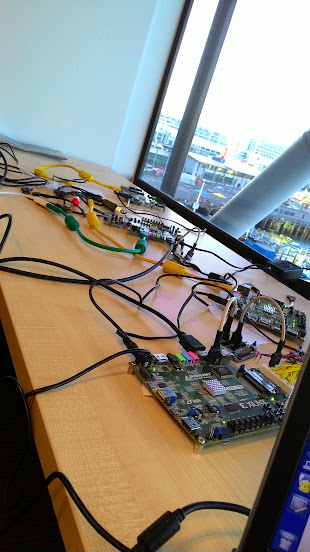 And , hence ended my first week in Auckland participating in TimVideos Sprints and enjoying all the time we had during Sprints! I personally enjoyed this time very much! 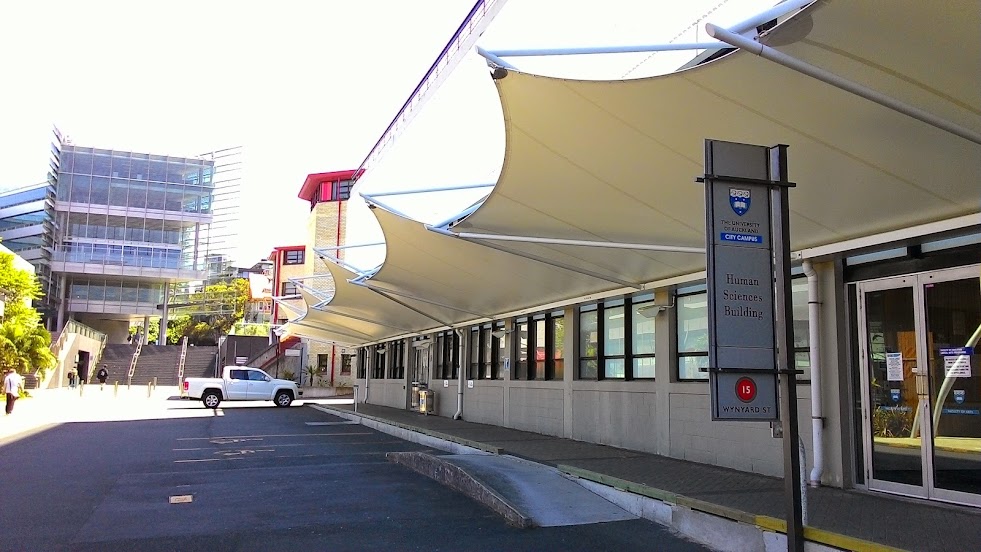 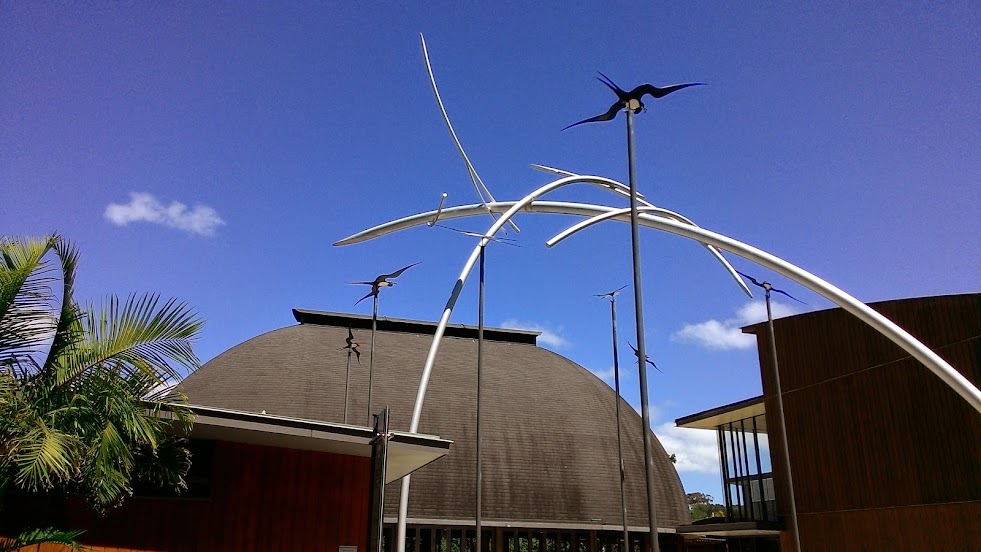 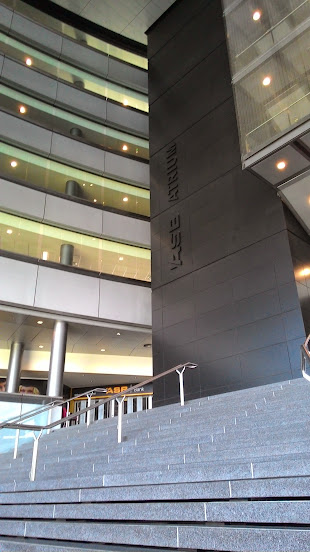 There were some funny incidents throughout the week. Some of us used to get regularly trapped inside washroom because we worked late(sometimes *very* late till 2AM) and the building security system disabled washroom access after 5PM :D Once, I ate a burger which contained tuna, which I realized after half eating it. Had to run to washroom to rinse my mouth with coke :D And numerous other funny incidents, which I’ll keep adding as and when I recall them! 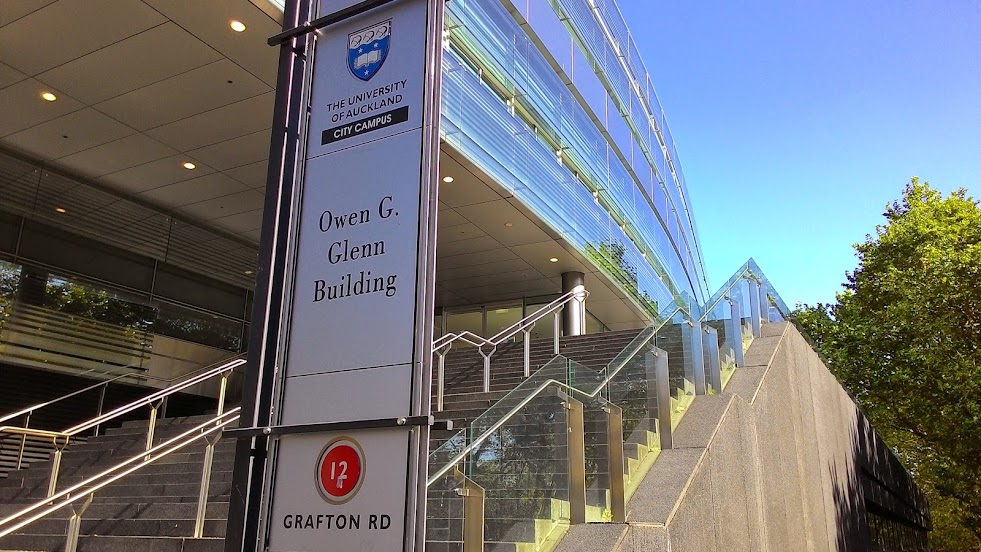